The first painting I ever did, I think, way back in 1968. A friend of my then-girlfriend (later wife) gave me an art lesson, and I had a bit of beginner’s luck. 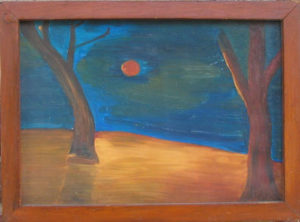 Painted this for my brother Paul, many years ago. Sort of like Hemingway saying he wrote as well as he could, and sometimes better than he could. 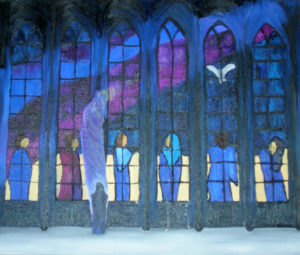 Painted this one after my mother died in 2004, and titled it “Mom.” As so often, the color is not well represented here. 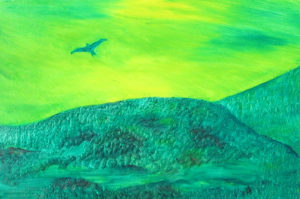