Babe in the Woods 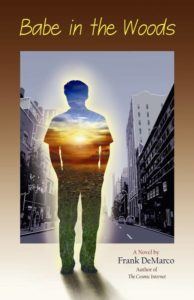 We’ve all heard of mystery schools, places where people can go to further their psychic and spiritual development. In our day, there are not a few people claim to be able to provide such training, but â as in most things in life â caveat emptor. Let the buyer beware.

But â how can the buyer beware? On the one hand, you donât want to be giving your time and your money and your sincerity to something that is only self-delusion, or, worse, a sophisticated con. On the other hand, how can you judge something that (if real) is by definition beyond your ability to judge it? Sometimes thereâs nothing to do but to jump in and see for yourself, and hope for the best.

As it happens, I have been fortunate enough to attend a sort of modern American shorthand version of such a mystery school, namely a series of week-long courses at The Monroe Institute. (A week is not a lot of time, but in the right circumstances it can be enough time to get you the tools you need. Then you spend the rest of your life applying them.) This novel is my attempt to give readers the flavor of the experience.

My protagonist, Angelo Chiari, is a fifty-something-year old news reporter for the Philadelphia Inquirer. He is sent to the C.T. Merriman Institute to do a week-long Open Door course and see if any of it is for real. He is skeptical of the assignment, figuring that of course it isnât for real, and somewhat dreading the prospect of spending a week among ungrounded New Age crazies. But although he doesnât suspect it, such an attitude of skepticism is actually a pretty good attitude to bring to the experience….

Thereâs a lot of me in Angelo, partly because it entertains me to put myself in other surroundings and partly â mostly â because there isnât anyone else I know as well. Like Angelo, I have been a news reporter, and have known skepticism. Like him, I have had health problems. And, more importantly, many of the experiences he has in his Open Door are experiences I or my friends have had in various Monroe programs. Particularly the love story.

Angelo is the brother of George Chiari, who was the protagonist of my first novel, Messenger. Although George does not appear in Babe in the Woods, and is not even named, the fact that they are brothers will be important in the third novel that will be forthcoming whenever it chooses to allow itself to be manifested.

Available direct from Frank DeMarco. Please use our Contact Form.