This is the day, in 1995, that Bob Monroe transitioned back out of the physical, age nearly 80

I was in New York City that day, having gone up particularly to meet Colin Wilson, my long-time favorite author, which turned out to be a delight. The next morning I bought the New York Times, sure there would be an obit for Bob, but there wasn’t. (I realized later that they probably hadn’t even known about it so quickly.)

No obit, for Bob Monroe! I thought of Emerson’s words at Thoreau’s funeral, to the effect that the country didn’t yet know how great a son it had lost. I thought, in a hundred years, there won’t be an educated person on the face of the planet who won’t have heard his name. But in 1995 it was still too early. 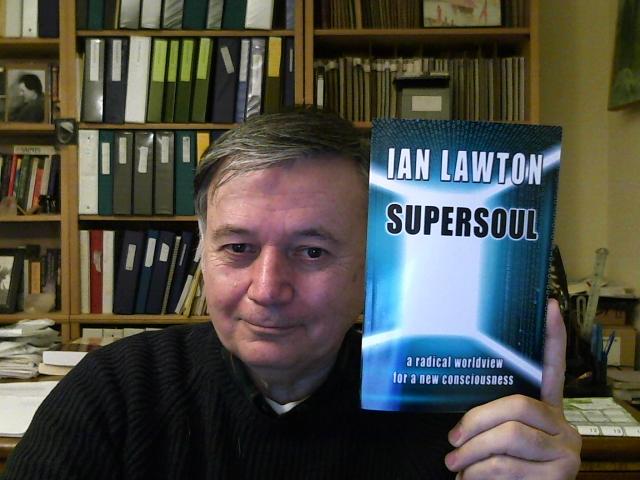 Christmas came early. In the mail from England I received a copy from the author of this brand new book called Supersoul, and what a treat it is. He reasons, he analyzes, he compares, and he brings his own experiences into the mix. A special treat for me, as it is the first time I can remember someone incorporating the ideas from The Cosmic Internet. In what I take as a high compliment indeed, he says that as he read it, “I alternated between compelling resonance and fierce resistance.” In other words, he took it seriously enough to wrestle with it. What more could an  author ask?

As I said, an early Christmas this year. I read it through in two days, and liked ever bit of it.

Reader Dave Stephens posted a long reply to my “Tapping Into the Cosmic Internet” entry, and  asked questions that were sufficiently interesting that I asked, and got, his permission to post them here as a separate post, since not everybody reads the comments people send.

I started to reply, then realized that I didn’t know what to say. Of course, the obvious answer was to let the guys speak for themselves, so that’s what I will do, with my initial comments inserted within brackets [like this], and theirs at the end.

END_OF_DOCUMENT_TOKEN_TO_BE_REPLACED

When I posted an entry by my friend Karl Boyken on the benefits of decoupling from the “news” I got an email from another Monroe Institute  friend, Paul Blakey, whom I met at TMI back in 1995. Paul said, “I can certainly resonate with the blog topic. As a regular pond hopper (between Canada and the UK) it has always astonished me how the main stream media dominates the surface stream of collective consciousness. When we moved back to Canada from the UK in 1991 we decided then and there to not have a TV that could pick up broadcast media (we like to watch DVD’s, so we have a TV for that only). This led naturally to another experiment, which was to step outside of the collective time consensus of the Gregorian calendar – wow, if you think not watching TV changes you, you should try living by a different time system.” So, I invited him to write a piece about living by an alternate calendar. Here it is.