Although it may seem like I forget it from one month to the next, this website and blog are here not merely to air my opinions about things that (I think!) I know something about. They are also  supposed to lead people to the books in which I have put what I know, as best I can.

END_OF_DOCUMENT_TOKEN_TO_BE_REPLACED 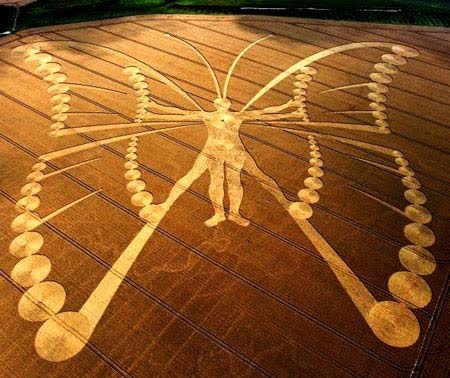 A friend sent me this beautiful image, which appeared in the Netherlands, and is said to be the largest crop circle to date.

END_OF_DOCUMENT_TOKEN_TO_BE_REPLACED

I am currently engaged in putting together a book that I call So You Think Your Life Was Wasted. I have already written my part; the remainder — the bulk of the book — consists of conversations I had in the years 2006 and 2007 with various people contacted internally. I came this morning to this one, which I post for the sake of the encouragement it may offer you.

END_OF_DOCUMENT_TOKEN_TO_BE_REPLACED

Last weekend, I conducted a little experiment. I made a little bet with myself that in a three-hour period, I could help a small roomful of people to come into contact with their internal guidance. For some, it would be contact for the first time. For others, it would be a stronger, more definite connection. I hoped and expected that in this — as in so many similar areas involving access to nonphysical parts of ourselves – it would prove to be easier done than said.

END_OF_DOCUMENT_TOKEN_TO_BE_REPLACED

Saturday, July 25, 2009, from 1 p.m. to 4 p.m., I am going to host a workshop in which I will attempt to teach people how to get into touch with their own guidance — their own Guys Upstairs. I’m pretty confident that it can be done, but it’s sort of an experiment, so I already decided to give people their money back if they’re dissatisfied with the results. (At that, I’m going to lose money on this unless we get more at-the-door registrations than I expect.)
END_OF_DOCUMENT_TOKEN_TO_BE_REPLACED

A further excerpt from an altered-state session with the guys upstairs, Rita Warren asking the questions, on February 26, 2005:

R: …. Well, I ordinarily think of both Frank and myself as being very tolerant of ambiguity with others who are very dissatisfied with that state. However, one of the things that has arisen for Frank a few times is my asking a question through him and his finding no answer. That seems to bother him because the structure seems to collapse on itself – the possibility that it will collapse on itself. So in that case, it seems to me, he isn’t very tolerant of ambiguity. He really needs to have some very clear sign that you are there to answer questions.

F: Well, you’re actually perceiving the external sign of an internal civil war, because bear in mind, one of his predominant characteristics is to doubt, and this doesn’t lead him to doubt others any more than it does himself. You see? END_OF_DOCUMENT_TOKEN_TO_BE_REPLACED