Our visit to the Ramesseum hit me with a totally unexpected impact.

From Cairo we had flown to Luxor, and on Thursday morning, Feb. 21, we saw several things worth describing. But the Ramesseum is the one that surprised me. Ruth says it is not all that commonly visited. If it impacted others as it did me, it would be much more widely known!

As you can see from the chart below, the Ramesseum is not a building but a large complex containing the remains of temples, statues, etc. 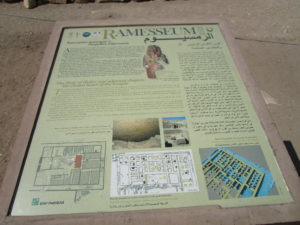 As soon as we came to the gates, my jaw dropped. Literally. It was constructed on so huge a scale; it had clearly absorbed so much labor, so much attention. The sheer scale took my breath away. And yet, if I had questioned myself, I might have asked why. After all, we had just been to the pyramids of Giza! A two-million-block structure covering 15 acres of ground is not exactly unimpressive. Nonetheless, it was the Ramesseum that took my breath away.

(Later I wondered if it was because it was New Kingdom, whereas the things we had seen in the Cairo area were Old Kingdom. I found that I responded to New Kingdom remains in a way that I did not react to things of other eras.) 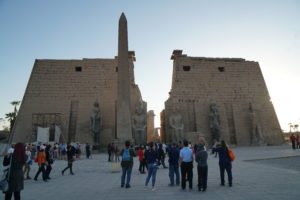 However, my internal reaction surprised me. I was impressed, all right, but instead of experiencing something between appreciation and admiration, something within me said, and quite clearly, “I’m so sorry!”

Silly, isn’t it? All things pass, and certainly the New Kingdom had its day (had its innings, as the English would say). It isn’t like it was cut off in its prime. Nonetheless, my response to the site was one of sorrow that it was over. Later I tried to explain my reaction by comparing myself looking at New Kingdom remains to someone living 2,000 years after the fall of America, visiting whatever was left of the Museum of Modern Art, say, thinking that they were seeing anything more than shards. 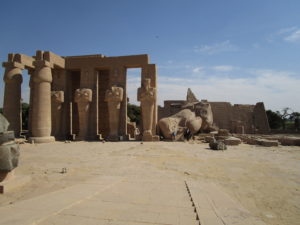 Anything you could see was a remnant, at best a reminder of great days now long gone. Yes, what’s left is magnificent, but it left me not with a feeling of exaltation but of mourning.

Possibly we would be wise to appreciate our civilization, such as it is, while it still exists, for it won’t exist forever. 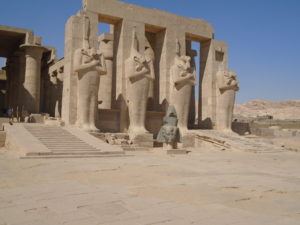 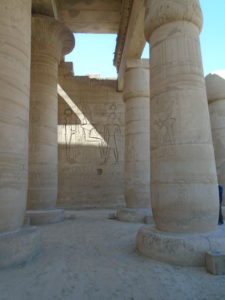