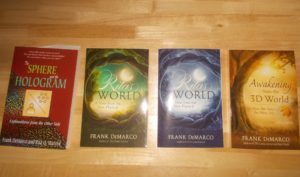 Nathaniel on free will and predestination

5:45 a.m. We have a few questions queueing up, but I’m anxious to hear you on predestination and free will.

Very well, it’s very simple – or very complicated, depending upon which end of the stick you pick up.

It doesn’t seem so to us. To us it looks like it ought to be an either/ or.

But, remember what you noticed repeatedly whenever Rita would find a contradiction. The universe contains all contradictions, but does not contradict itself.

But is this a contradiction of fact, or only of opinion?

Well, a contradiction of opinion is usually either a mutual seizing of partial evidence – that is, neither party considering all factors, each choosing only those factors most agreeable to it – or

Sentence went on too long in time [that is, it came too slowly]; I wound up wool-gathering.

No great loss, but you aren’t quite here yet.

Free will means, in essence, that in a given set of circumstances – at a given moment in the ever-flowing river of time carrying you along in your 3D life – you seize choices. That is, you have the real, not theoretical, ability to go this way or that way, like the lassie in the old song.

Now, I know that was me finishing the sentence, because that isn’t even what the song means! Try again to finish the sentence?

No harm done. Yes. You have a real, not a theoretical, choice. You really can choose heads or tails, A or B. You and Rita were told, first thing, that free will is the point of 3D existence, so that you will develop as you will, not as puppets, not as chips floating in rapids.

Predestination means, it’s all well and good to say you have freedom to choose, but your whole history leads you to choose one way rather than another. Not only your past but your future pulls you in a certain direction – or, one might say, holds you as a piece of iron might be held in an overwhelmingly strong magnetic current. That piece of iron won’t even be able to tumble end over end, though it might perhaps rotate on its forward-aft axis. To say that you have choice is to consider yourself as if you were in isolation; to say you are predestined is to see yourself as one tiny element in an overwhelmingly powerful, continuing organizing system; a rapids; a hurricane; a magnetic field. (Organizing systems aren’t necessarily calm or even apparently stable, but they channel immense forces.)

Swedenborg said humans were artificially suspended between equalized forces in order that they might have real, effective, free will. I think that is a fairly accurate summary of what he said.

Let’s set that way of seeing things to one side for the moment. Swedenborg was a great seer; so was Cayce; so were uncounted individuals known to the world and unknown. But nobody else’s experience and thought and conclusions can ever prove anything for anybody else. What they may do is spark a recognition, and of course that is what we are trying to do here, say things that some will recognize and profit by.

Thoreau said something similar once, that nothing was ever true to him because somebody else said it, but only because it whispered itself in his ear.

And that thought, expressed, in itself appealed to you, you see. It sparked a recognition. That’s why people find favorite authors; their minds run in parallel.

Now, bear in mind, free will and predestination – seeming opposites – both depend upon one way of seeing things, namely that there is one time-stream, one consciousness, one individual will, for each person. When you change those assumptions, everything changes; consequences differ as circumstances differ.

Why is this hard slogging, suddenly?

Because you are nervous, wondering if we are going to make sense.

In a reality in which the physical world was what it seems to “common sense” people, there would be only one time-stream. The physical world would be solid, substantial (as it appears) and obviously could not be multiplied millions of times every day as all those people made all those decisions. One reality-stream; real and irrevocable consequences.

In such a one-timestream reality, the free will / predestination argument would naturally arise as people seized on this set or that set of unarguable facts that cannot be reconciled, for in such a system, there could be no reconciling them. It would have to be an either / or, and yet the evidence would be too great on either side for the contrary assertion to be sanctioned. Deadlock, you see.

So the clue is that the world is projected thought.

Okay. The world is projected consciousness, and, as we have been told repeatedly, all possible paths exist; all are waiting for us to walk them, and somehow we do walk them all, choosing heads and tails, time after time, with our awareness restricted somehow to only one path, the others remaining only theoretical to us. It often seems only a fanciful idea, even after nearly 20 years.

We get the idea. Pretty hard not to identify with what we experience every moment, though.

You also experience the other level, when you don’t filter out the evidence as impossible or fantasy or hallucination or merely inexplicable.

Yes, I have a few friends who experience alternate realities poking in, every so often.

A more accurate statement would be that you have friends who are occasionally conscious of it, for you all experience it; only they do not always screen out what they experience but may have no framework for.

In any case, when you realize – or even, for the moment, theorize, pretend, envision – yourselves to be the one, single, undivided you that takes all paths, rather than the fragment-you that you customarily experiences as taking one path only (whether or not free to choose), you see that there is no real contradiction at that level. Of course you are free, but not free to take only one path: free to identify with this or that part of yourself. Of course it is all predestined: the paths existed from the moment the world was created; all you could do was fill them, or as it seems to you, walk them.

And all this has ramifications.

Because all paths exist, it is easy to see and even visit the future. (And how could anyone see the future if it was not already pre-formed?)

Because you change timelines – reality-streams, if you will – it is easy to cease to have one future and have another. (How else could real seers nevertheless predict futures that “don’t happen,” like Cayce predicting so many physical catastrophes that did not occur, instead of World War II, that did?)

We keep coming back to the same simple (but not necessarily easy) statement: You are not what you think you are; the world you exist in is not what it appears to be.

We do know that. Our questions mostly amount to, but who are we, then, and what is the world? And we’re glad for your assistance in orienting us.

Bear in mind, it is a continuing enterprise, because you – and we – may come to a resting-place, a comfortable way of making sense of things, and that’s all well and good, but ultimately there is always more to learn, always a deeper way of seeing things.

So we’ll never be bored, I know.

That isn’t the purpose, but it is the effect, yes.

Okay. More, or is this it for now?

This will do. Our thanks for your attention.

And ours, for yours.

8 thoughts on “Nathaniel on free will and predestination”