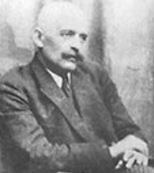 “Gurdjieff was decisive, that his school was a school of individuation, and that a man must find his own work in life. How should he know it, how choose it? That, no one else could tell him. There were certain laws about it, however — three in particular. The goal of achievement which a man decides to aim at must be such that it involves no violation of moral norms. Secondly, he must get something for himself out of it — whether it be money, health and happiness, or honour; some genuine profit must accrue to himself. Thirdly, the task he assumes must be neither too big for him, nor too small. If it be too big, he will incur failure, compensated by megalomania; if too small, his powers will decline even with success and his career will be embittered. But provided these three conditions be fulfilled, it does not matter what anyone thinks of a man’s work. All that is necessary is that it should fit him; and that it should be his true desire — if you like, his whim — to do it. For example, to have the best stamp-collection in the world would not appear to many people to be a life ambition of the highest dignity — and perhaps it is not. But it is a job of a man’s size: and if it is your real whim, you had better live for it. Whether you succeed is, of course, another matter.”