Ever notice how you can never have so many friends that you don’t miss a particular one when he moves on to other things? I got back from two days at my daughter’s to find this email from Carol Wolf about John. 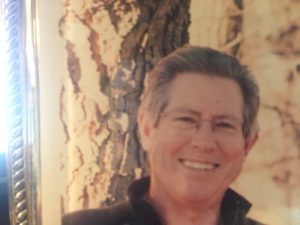 I am writing to share some sad news regarding my husband, John Wolf. We were traveling to our home in CA on Tuesday and stopped for the night in Pacific Grove – a place we both love for it’s incredible natural beauty. We spent a wonderful evening at the Spanish Bay Inn feeling happy and excited about the upcoming holidays and looking forward to being with many good friends.  But things changed in the middle of Tues night.  John woke up to clear his nose and throat – he had been suffering from a terrible cold – and suddenly collapsed. I believe he passed on before the paramedics could arrive. They did their very best to revive him but it was not to be.

John was extremely thorough and had everything in order just in case …..  On the first page of written instructions to me, he asked that in the event of his death, that I e-mail you both to let you know he had made the ultimate transition.

John was so excited and enthusiastic about all he had learned from you. He valued your input as he progressed on his spiritual journey. I believe you became mentors to him.  He would read and reread and then read some more on what you had written. It definitely resonated with him. He was a changed man in all the best ways because of his new learning and his relationship with you.

If anyone can reach him, I have a feeling it is you. And I would love to hear from you if that occurs. I’m sure in his enthusiastic way he is enjoying and experiencing his new life to the nth degree.

I thank you so much for all the wisdom you passed on to my very special guy. He and I will be forever grateful.

I asked if she had any objection to my sharing the news among our community, saying “I agree with you, we should be able to contact him if anybody can, and of course we’ll let you know what we hear. There’s no knowing if it will be soon or late, of course. After Rita went over, six and a half years passed without contact (if you don’t count a couple of dreams that assured me she was fine). But, we’ll see. There was a real connection there, and I am very sorry we won’t get to have “the cup of coffee to think things over” that he had suggested.”

Thank you Frank. I think John would like you to share with his TMIE family the fact that he is no longer with us – here.

He was more than prepared for this journey and that gives me great comfort. I have a feeling that as all this becomes more of a reality I’m going to be missing him even more. He had such endless positive energy – so it’s hard to not have that around me. But I am surrounded by a network of very loving family and friends – they have all offered tremendous support – so I know I’m going to be alright.

John talked so highly of you – a wonderful relationship that meant so much to him. You challenged his thinking and that was the way he lived his entire life – always seeking a new challenge – and then he’d go in 150%

John was great in last April’s AIG class, and here, and as guest author on my blog. I often wondered if he had a book in him. But apparently he prefers a more direct form of exploration now. I don’t know whether to say “we’ll miss him” or “I expect we’ll be hearing from him.” Anyway, now you know. 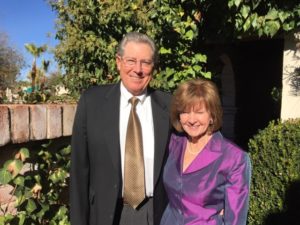