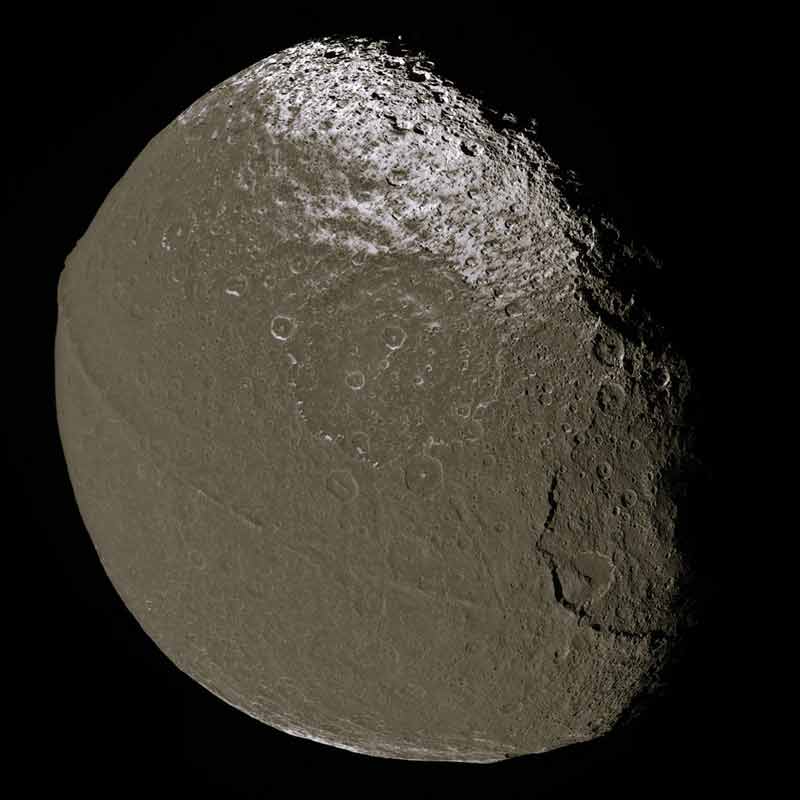 For some time now, I have had this photograph as wallpaper on my computer, just so I wouldn’t forget. Looking at it, what would you say it is? If you didn’t know that it was a planet or satellite, would it really look like one? Look — really look — at that shape. Look at the weirdly symmetrical pockmarks. Does any of that look natural? Or does it look artificial? Does it not, in fact, look like an artificially constructed or extensively modified world?

I found this on Richard Hoagland’s Enterprise Mission website, part of his fascinating several-part series on the mysteries of Iapetus, one of the moons of Saturn.

Say it isn’t artificial. Then what makes it look like that??? It looks, for all the world, like something Buckminster Fuller would have constructed if he had had the technology available.

One thought on “Enigma”