Ever since I appeared on Coast to Coast AM on June 1, I have been looking in at Amazon to see the size and duration of any boost in sales attributable to the show. I’m interested not only in The Cosmic Internet, but my earlier books, as well: The Sphere and the Hologram, Muddy Tracks, Babe in the Woods, and Messenger. (A sixth book, Chasing Smallwood, isn’t listed with Amazon.)

As you no doubt know, the lower the number, the better a book is selling. As I learned years ago when I was with Hampton Roads, though, the fact that a book falls even hundreds of thousands in the rankings doesn’t mean you sold more than a couple of books! Anyway, it’s sort of fascinating to watch. One thing, clearly, that one appearance gave a strong boost to my other books. 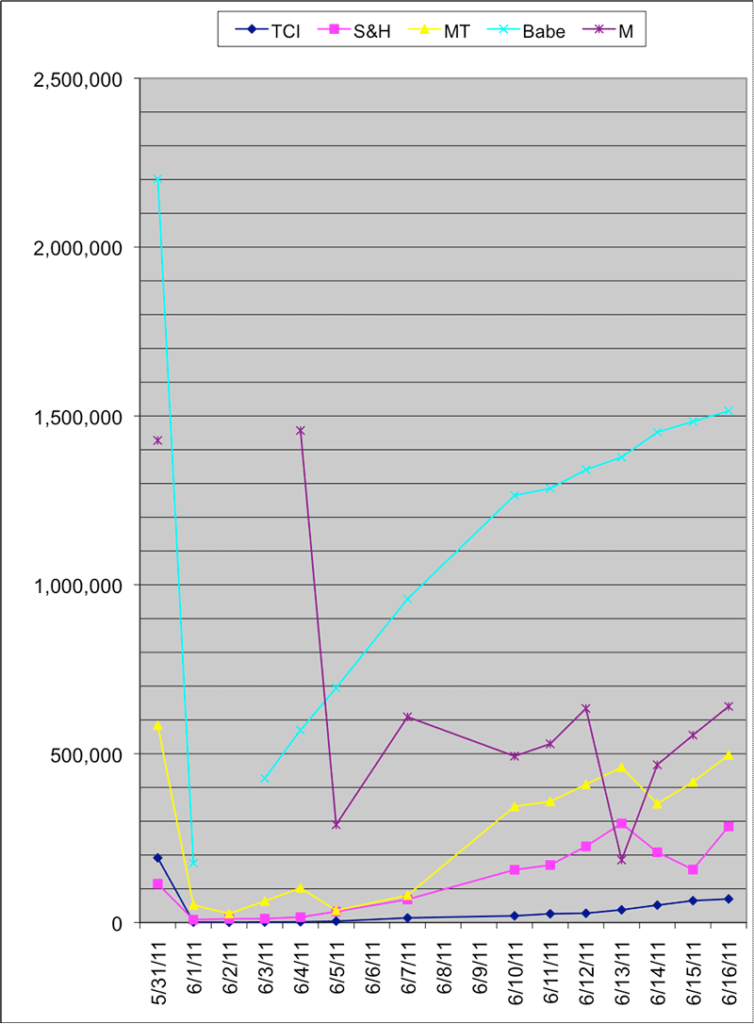 4 thoughts on “Watching the bounce”